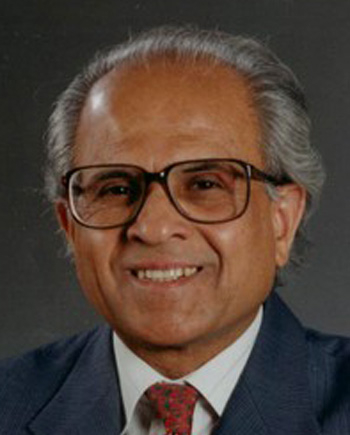 Farouq Ali earned his master’s and doctoral degrees in petroleum and natural gas engineering from Penn State University. As a graduate student he conducted pioneering research on micellar-polymer flooding, a process in which a micelle solution is pumped into a reservoir to recover oil. The technique has since become the industry standard for enhanced oil recovery.

He is also credited with some of the earliest experimental work on steam flooding, a method of injecting steam to extract heavy crude oil from an oil reservoir. Today steam injection is one of the primary enhanced oil recovery techniques in use.

Farouq Ali has been honored with awards from the Society of Petroleum Engineers, the Canadian Institute of Mining and Metallurgy, the Association of Professional Engineers and Geoscientists of Alberta and the Russian Academy of Sciences.